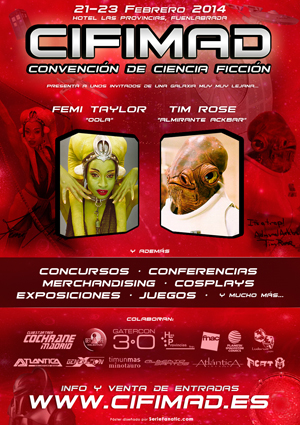 In 2014 we started with a new model of “low cost convention”, with a significant reduction in entry prices, and substituting our traditional VIP cocktail by a cocktail dinner not limited to a small group of attendees, in which the guest actors were present.
Our guests this year were two of the most beloved and charismatic characters in Star Wars Episode VI – Return of the Jedi: Femi Taylor (Oola) and Tim Rose (admiral Ackbar). 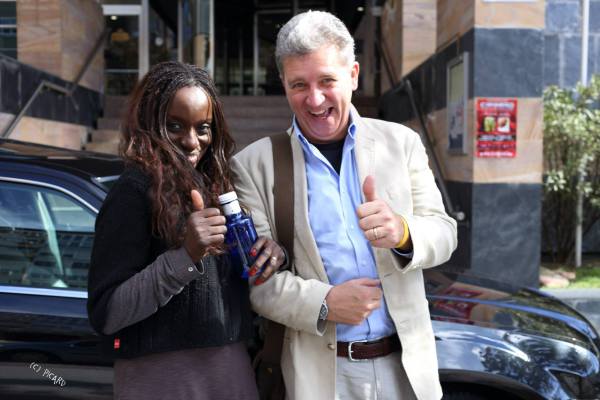 We also had among us FAT Entertainment, creators of a series of short films about Doctor Who that suprised and delighted most fans.
The event was a success in terms of number of attendees, and some of the activities will be forever in our memories: particularly the coreography Tomb of Souls, and the cosplay contest that started to show a spectacular level. Another new addition was the use of the hotel disco to prolong the party until midnight. On Sunday we hosted a tournament of the popular board game Star Wars X-Wing. 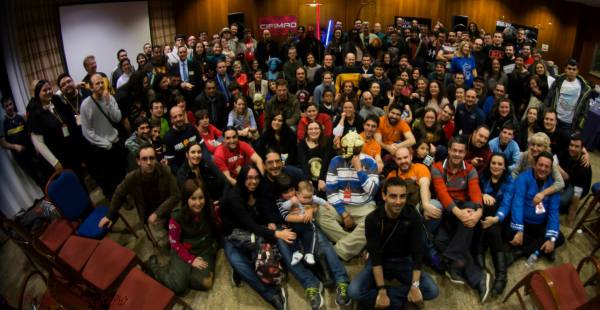