In order to celebrate our tenth anniversary, we took the occasion to enlarge our list of friends. We had the presence of the fan groups Grupo USFA, Stargate Legend and S.H.I.E.L.D. Car Team Spain bringing fun to the weekend with their cosplays; in what promises to be the start of a fruitful collaboration, Cinefan Festival de Úbeda exhibited some pieces in our showcase expo and made a presentation of their event; and Archivo 007 gave a talk about the science fiction component in the stories of their favourite secret agent Bond, James Bond. We also had new additions in the dealer room, with the arts and crafts from Inkeypers Studio and the books from Pulpture Ediciones.

Since we reached a round number, it made sense to remember our past, so we set up an exhibition of photos that took us through all of our editions; and we brought back a repeat guest from a former year, Connor Trinneer. The fans from back then who reunited with him, as well as our new friends who got to meet him for the first time, enjoyed his stories about Star Trek, Stargate and the acting profession in general. Star Wars was represented by Mike Edmonds, whose huge kindness and sense of humour won over all of our audience. We also decided to try something new: our roster was completed by Roberto García, Spanish actor who has been part of the international smash hit La Casa de Papel (Money Heist). Even though neither the show or himself fall into our usual themes, there are many of us who are also fans of this national production, and we loved to meet someone who shared with us a language, cultural references… and a love for fun until the early night. 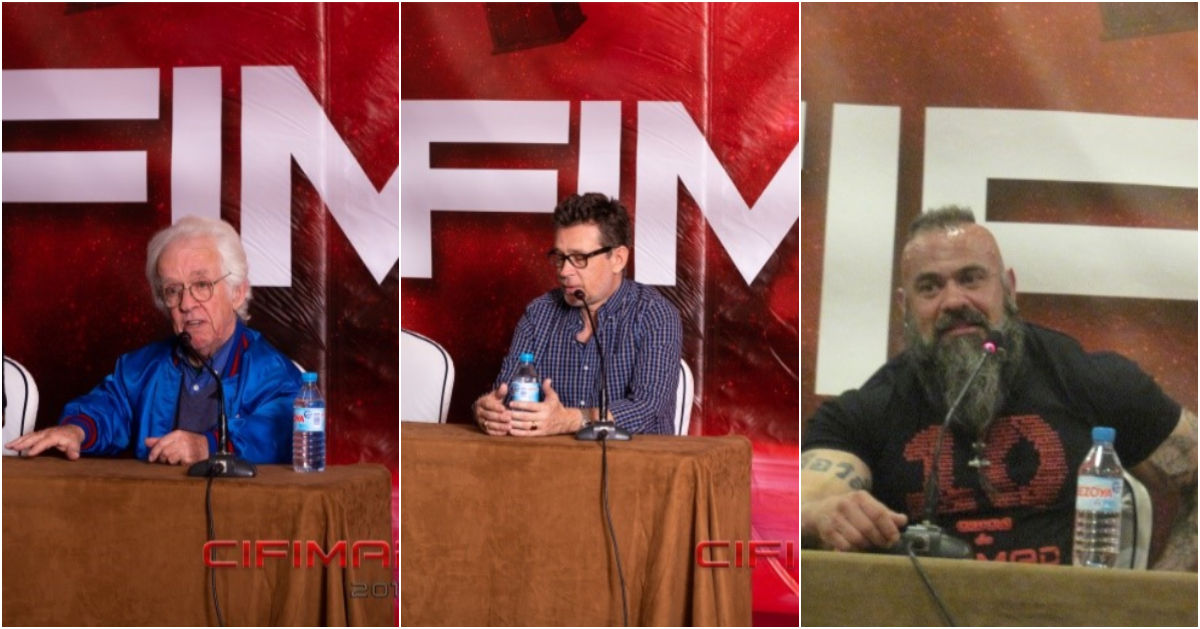 As we advanced earlier, the idea of a CifiMad hymn was too good to leave it as a brief scene, so we dedicated the full video from this year to the song. I hope you all will have it seared into your brain, and if not, here is the video so you can play it in a loop. Also, our great filmmaker Roberto made for us a cute anniversary gift in the form of a selection of bloopers, that also includes a glimpse into our possible future.

Here are a few chronicles and videos from the event to remember your time there or to get an idea of what you missed: