Mike is primarily known for having played Logray, the Ewok shaman with his characteristic striped fur and bird skull headpiece. This was of course in Episode VI – his presence in the Star Wars saga goes further, since he also wore an Ugnaught suit in The Empire Strikes Back and was part of the team that gave life to the supercomplex puppet that was Jabba.

His other most significant cinematic appearances are Time Bandits, Flash Gordon, Wrath of Titans (1981 original), The Dark Crystal, Legend, Who Framed Roger Rabbit and the first Harry Potter. In television he had an important role in Maid Marian and Her Merry Men, a cute Robin Hood parody destined for kids that became a beloved British series.

He has also appeared in music videos: the most famous is Safety Dance by Men Without Hats.

Mike has been to other events in Spain, and he regards our country as fondly as the fans regard him. We cannot wait to meet him! 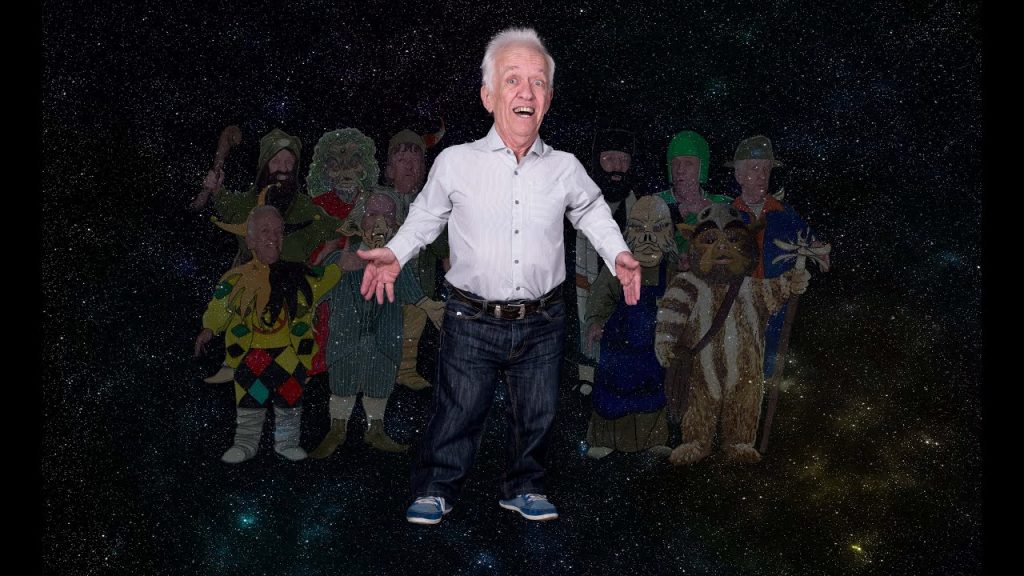